Syrian rebels who were trained and equipped by the US now blame Washington for betraying them and not honoring agreements to pay them to fight in Syria; they’re now searching for “other options on the table” and thinking of “transferring of loyalties from Washington to Moscow”, according to the US-based news website The Daily Beast.

The US-backed Syrian rebels, trained and armed by Washington, are now blaming their patrons for betrayal.

The leader of one of one of Pentagon-backed brigades stationed in the Syrian Governorate of Aleppo has revealed to the US-based news website The Daily Beast the payment agreements for their fight on the Syrian soil and complained of the US neglect to keep up to its promises. 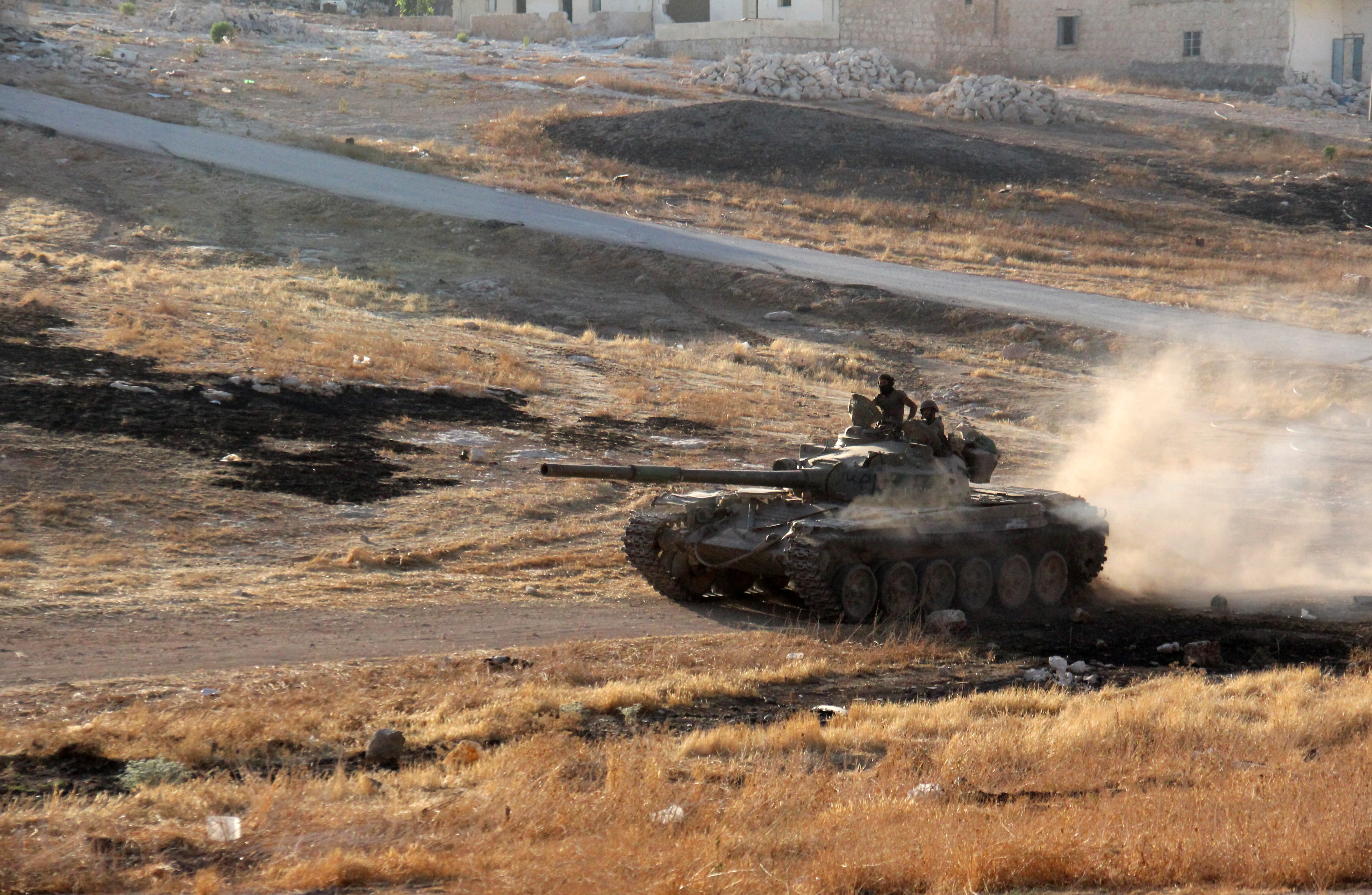 Opposition fighters drive a tank in the Al-Huweiz area on southern outskirts of Aleppo as they battle to break the government seige on the northen Syrian city on August 2, 2016

In an exclusive interview with the website, Mustafa Sejry of the Liwa al-Mu’tasim Brigade stationed in the town of Marea, 25 km north of Aleppo, has revealed why he is considering “transferring of loyalties from Washington to Moscow.”

“When we signed our contract with the Americans, we had initially asked for $500 per fighter in addition to getting support for injured and killed soldiers,” he told the website.

“They agreed to $250 for the first half year, and said that we’d get an additional $250 per man after six months. We only ever got $250 and never any money for our injured or killed. And that’s when they did pay us, which was rare,” the rebel revealed.

“During the entirety of their year-and-a-half enlistment with the United States military, Sejry claims, his fighters have been paid infrequently and sporadically,” the outlet describes.

“We’ve received only one month worth of salaries in the last three months,” it quotes the rebel as saying.

As the town where his brigade has been based was besieged by Daesh in June, the US Central Command (CENTCOM) airdropped ammunition and supplies to the Mu’tasim fighters, “enabling the brigade to break the siege and mount a moderately successful counteroffensive against ISIS (Daesh) in other outlying villages.”

Sejry, the website says, had hoped that 11th-hour bailout, attended also by US airstrikes on ISIS positions around Marea, would set a precedent for more constant and steady support. Instead it appears to have been a one-off.

He also complained that since breaking the ISIS siege two months ago, the Mu’tasim Brigade hasn’t received replacement hardware for what it lost battling the jihadists.

“We lost a lot of vehicles and mounted machine guns. We can’t fix or replace broken ones,” he said.

Meanwhile the rebel, the website says, was among 1,000 other affiliated rebels — then only applicants to the Pentagon’s train and equip program.

And was described by Nicholas A. Heras in a policy brief for the Washington, D.C.-based Jamestown Foundation as a “rising leader within the Syrian armed opposition who has adroitly brokered his contacts both among the anti-Assad insurgents and the anti-ISIS coalition to make the Mu’tasim Brigade one of the most reputable in the country.”

Sejry now claims that he was approached by some “Moscow representative” at the Syrian-Turkish border 10 days ago and was offered “unlimited amounts of weaponry and close air support” to fight both ISIS and Jabhat Fatah al-Sham, (the rebranded al-Nusra Front, an al-Qaeda affiliate in Syria), in “exchange for the Mu’tasim Brigade’s transfer of loyalties from Washington to Moscow.”

Sejry also claimed that he is scheduled to “have follow-up discussions with the Russians” in Istanbul, “quietly facilitated by the Turkish government”.

The rebel says that he is considering “the offer”, but mostly “to leverage more and better support from the Americans”.

And blames this change of his mindset on the Americans.

Meanwhile, he says, there was no response from the two points of contact in the US military, both Army captains, whom he earlier contacted.