The likely resumption of the Turkish Stream gas pipeline project is a threat to Ukraine’s interests, and to those of Europe, according to Ukrainian Foreign Minister Pavlo Klimkin. Analysts speaking to one of Russia’s leading independent online newspapers explain why Kiev has every reason to be concerned, even if Europe does not.

Speaking to Ukrainian media on Friday, the Ukrainian foreign minister warned that Russia is trying to bypass Ukraine and create a gas hub in Turkey that would not be in line with European energy policy.

« Economic cooperation between Turkey and Russia in many fields will be resumed. And at least one project that is now being discussed contradicts not only the interests of Ukraine, but those of Europe as a whole, » the diplomat suggested. Moscow, he added, is attempting to « bypass Ukraine and to create a gas hub in Turkey » which does not accord with European Union energy sector rules.

Back peddling to attempt to avoid any complications in Ukrainian-Turkish relations, Klimkin quick added in any case, that the normalization of relations between Russia and Turkey would not worsen those between Kiev and Ankara.

Last week, following the meeting between Vladimir Putin and Recep Tayyip Erdogan in St. Petersburg, Gazprom confirmed that negotiations and planning regarding the Turkish Stream project would be resumed. The Turkish president was also reported to have informed his Russian counterpart that Ankara was ready split the financing of the onshore section of the pipeline.

Turkish Stream was frozen in November 2015 with the deterioration of relations between Moscow and Ankara, after a Turkish Air Force plane shot down a Russian jet over Syria. In late June, President Erdogan sent a letter to the Russian president formally apologizing for the incident. The talks in St. Petersburg on August 9 continued the two countries’ move toward normalization.

The Turkish Stream project envisions a pipeline laid at the bottom of the Black Sea, making its way from Russia’s Krasnodar region to western or northern Turkey. From there the pipeline may eventually be extended to the Greek border, where a hub could be built to transport the gas to Southern Europe. 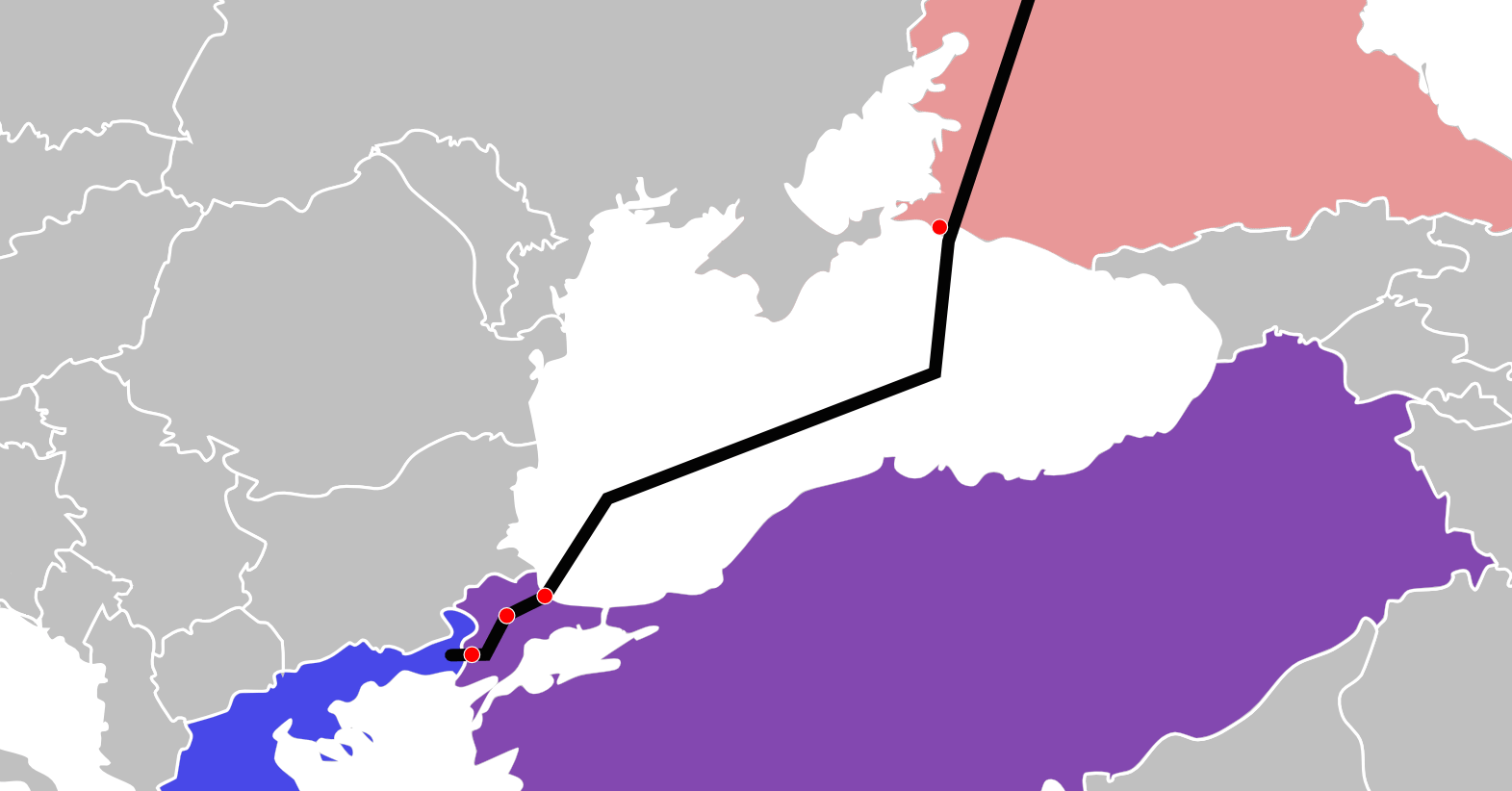 One possible route of the Turkish Stream pipeline project. Another envisions a shorter pipeline, travelling to northern Turkey, where it could connect to other pipelines inside the country.

Commenting on Klimkin’s remarks, and on the rumors which have arisen surrounding the Russian-Turkish project, Russian National Energy Security Fund deputy director Alexei Grivach suggested that it was necessary to be very precise when talking about Turkish Stream.

Speaking to the independent news and analysis resource Svobodnaya Pressa, the expert emphasized that there are several things to clarify. « First of all, in its current form, at this stage, Turkish Stream does not propose the creation of any ‘hub’ of the kind the Ukrainian foreign minister has shown so much concern. The project is intended strictly to ensure the supply of gas directly to Turkey. »

« Secondly, I don’t think that the bilateral economic relations between Moscow and Ankara are the concern of the European Union. Russia and Turkey are two sovereign countries entitled to pursue whatever mutually beneficial policy that they consider appropriate, without the need to regard any third party. At the same time, it is important to note that the pipeline is in no way directed against the EU. »

Furthermore, Grivach noted that if the project is successful, over the long term, Turkey can of course become a territory through which Russian gas is exported to European countries in need of Russian energy. Therefore, the expert suggested that to say that the project is « contrary to the EU’s interests » is an absurd blanket statement.

« Factually, Kiev is attempting to defend its own interests, and is concerned only with the desire to preserve its role as a transit country for Russian gas. But they are doing so not by improving the quality of the services to ensure that transit, or through the modernization of their industrial infrastructure, nor by finding investment for this infrastructure and fulfilling their commitments, but through primitive political demagoguery. »

Eldar Kasaev, a member of the expert council of the Russian Union of Oil and Gas Producers, agreed with Grivach, and suggested that Klimkin’s comments amount to uninformed political conjecture. « And the thoughtlessness of his statement is obvious. The minister did not take into consideration that Turkey is not part of the EU, nor that it will not be joining the supranational union any time soon. Actually, this kind of commentary seems to be…just another attempt to put a spoke in Russia’s wheel. »

Kasaev pointed out that Ukrainian authorities are actually « very concerned that their agreement on the transit of Russian gas to Europe expires at the end of 2019. Ukraine today receives substantial funds through this agreement. In addition, if it runs short of supplies purchased from the Europeans (which incidentally is also our gas which is pumped in reverse from Europe back into Ukraine), the Ukrainian side will not be able to just extract it from the pipeline system, or to be blunt, to steal it from Russia. »

« Also, Kiev is well aware that if the Turkish Stream is launched, the Nord Stream pipeline is loaded to capacity, and the Nord Stream II is built, Ukraine will definitively lose its status as a transit country, which, given the present collapse of the Ukrainian economy, is something it would very much like to avoid. »

Ultimately, Kasaev suggested that the Ukrainian foreign minister’s statements were really directed toward the European Commission, whom he hopes will do something to try to prevent Russia from strengthening its position in the energy market. « It’s worth remembering that the primary goal of the institutional framework of the European Union is to defend the interests of Washington, not those of Europe. Having successfully pressured Bulgaria [into rejecting the South Stream project], the EC demonstrated the extent to which this is the case, » the expert noted.

« Everyone remembers why the Bulgarian side suddenly stopped the South Stream project, the forerunner of the Turkish Stream. Toeing the line of the European Commission, Bulgaria lost out on about 400 million euros a year which it would have received for the transit of Russian energy. Now, of course, the Bulgarians have decided to revive South Stream, largely due to the fact that Erdogan has begun a rapprochement with Russia. »

« In this way, » Kasaev suggested, « Ukraine is attempting, using all its resources, to prevent Russia from diversifying the routes by which we supply our gas to European customers, who by the way are very much in need of Russian energy. According to forecasts, Europe’s demand for natural gas is expected to increase by about 150 billion cubic meters annually by 2030. »

As for Klimkin’s statements that the possible gas hub will not be in line with European standards (environmental, technological or others), Kasaev noted that such claims « are absolutely groundless, for the simple reason that the gas distribution center has yet to be built. » Moreover, the current capabilities of the Russian gas industry are such that they are fully capable of building according to global standards.

Klimkin’s comments are in line with the concerns voiced by the US State Department about Russian energy moves in Europe. Last week, US EU Energy Envoy Amos Hochstein said bluntly that the prospect of Nord Stream II depriving Ukraine of $2 billion in transit revenues would « collapse Ukraine’s economy. »